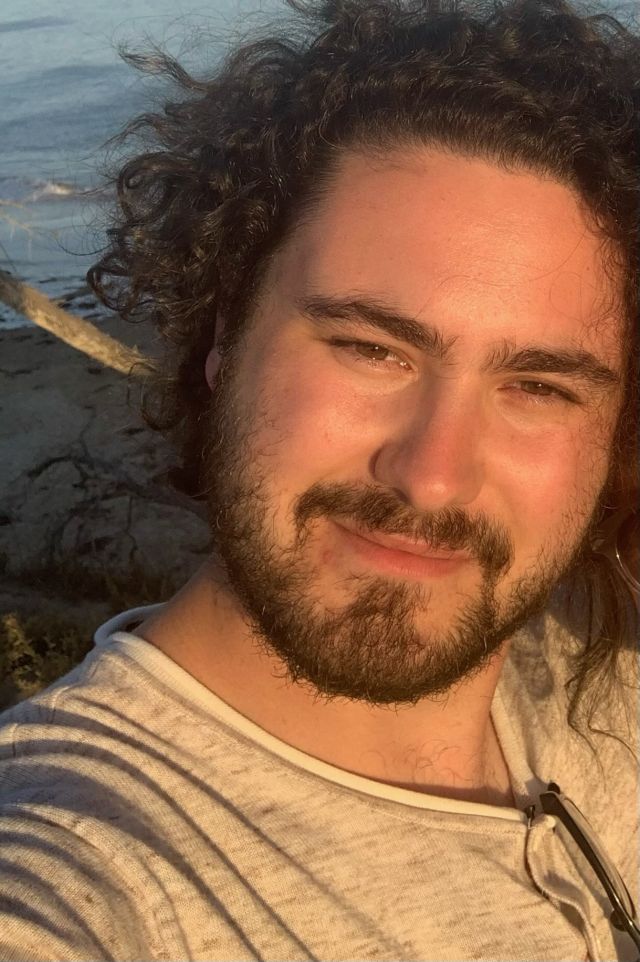 One dimensional conductors are described by the theory of Luttinger liquids, a non-Fermi liquid state characterized by a power law suppression of the tunneling density of states near the Fermi level which goes as E^(g - 1). This manifests experimentally in the tunneling conductance which should exhibit power-law behavior with exponent “g-1” in both voltage bias and temperature. While in general “g” is a non-universal parameter determined by the details of the inter-edge interactions, the edge states of the fractional quantum Hall (FQH) effect provide a unique example in which “g" becomes quantized as a result of the edge bordering a topologically non-trivial bulk. For example, for a Laughlin FQH state with filling factor 1/m the prediction is that g = m. Using a graphene quantum point contact made entirely of van der Waals materials, we directly interface the nu = 1/3 and nu = 1 edges at a single point and study the resulting tunneling characteristics. We demonstrate, in the weak coupling limit, universal scaling behavior of the tunneling conductance consistent with the prediction that g = m = 3. Surprisingly, at large bias voltages and temperatures, or as the QPC becomes more open, we observe that the conductance saturates to 0.5 e^2/h, which falls above the naive two-terminal limit of 0.33 e^2/h. Additionally, whenever the conductance exceeds 0.33 e^2/h, a negative voltage downstream of the QPC develops. This result can be attributed to Andreev-like reflection of fractionalized quasiparticles at the point contact. We exploit this process to realize a nearly dissipationless DC voltage step up transformer, which amplifies voltages by 1.48 with a measured power efficiency of 98%. This result implies that the heterojunction can be made nearly adiabatic, demonstrating a significant improvement in the state-of-the-art for quantum Hall mesoscopic devices.

Liam A. Cohen was born and raised in New York, NY. He received his bachelors in physics and electrical engineering from the Massachusetts Institute of Technology in 2018, his masters in physics from the Universityof California, Santa Barbara in 2021, and is currently a PhD candidate in physics working under Professor Andrea Young. His work is primarily focused on making mesoscopic devices from graphene based van der Waals heterostructures in order to study the behavior of quantum Hall states in these systems. His ultimate research goal is to leverage the ultra-clean properties of this material platform in order to demonstrate coherent quantum control over non-abelian fractional quantum Hall states, which may be leveraged to make an error-free quantum computer.