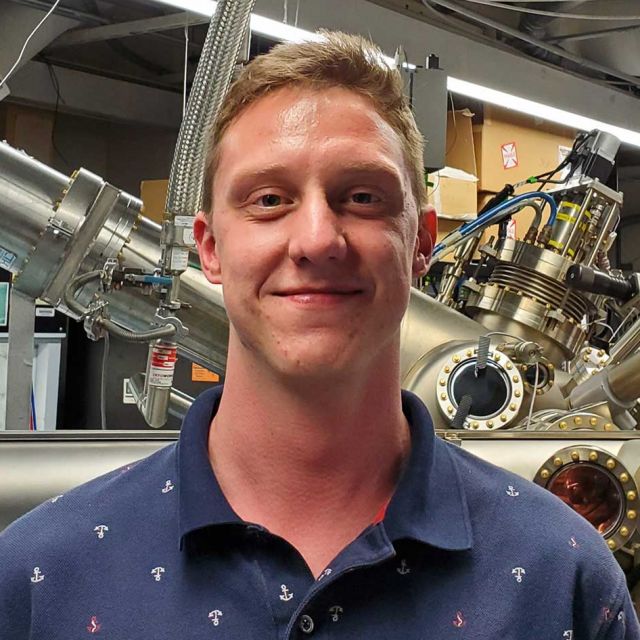 Nick was born and raised in the Appalachian (pronounced ap-puh-latch-uhn) Mountains of East Tennessee. While in high school, he gained an interest for both chemistry and physics, and knew he wanted to study some form of engineering. Once accepted to the University of Tennessee, a flyer sent from the Materials Science and Engineering Department piqued his interest into materials science, which seemed like the perfect blend of chemistry and physics. He began working as an undergraduate research assistant in the conjoined research group of Professors Veerle Keppens and David Mandrus at the beginning of his sophomore year. His work involved growing crystals of novel electronic and magnetic materials such as transition metal dichalcogenides, hybrid perovskites for photovoltaics, and multiferroics. Nick spent the summer after his sophomore year in Long Island, New York at an internship at the Brookhaven National Lab. Here, his interest in high-level academic research grew immensely, and he decided that he ultimately wanted to pursue a PhD in materials science.

Nick joined UCSB in the fall of 2017 as a student in Professor Susanne Stemmer’s group. His work involves using a technique known as molecular beam epitaxy to grow novel electronic oxides, specifically focusing on those which may exhibit interesting topological and/or superconducting properties. When Nick isn’t in the lab, he enjoys hiking, watching any and all sports, and playing soccer.