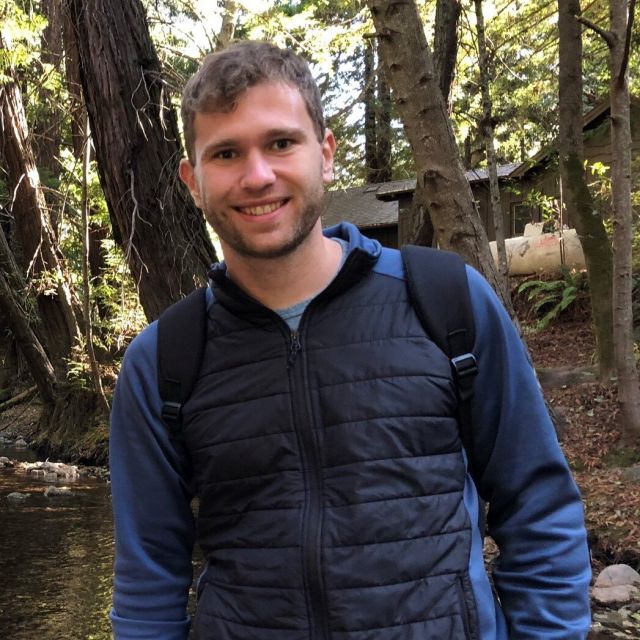 Ludwig is a graduate student in the UCSB physics department working in the group of Prof. Andrea Young. He received his physics B.Sc. and applied physics M.Sc. degree from TU Munich – 2016 and 2019 respectively - during which he spent one year as a research scholar at the University of Virginia. At UVa, he worked on the Kitaev quantum spin liquid candidate alpha-RuCl3 – a material of special interest for quantum computing. He employed non-linear susceptibility measurements to further the theoretical model of this compound. Before coming to Santa Barbara, he worked at the Max-Planck Institute for Chemical Physics of Solids where he developed a portable, high field pulsed magnet system capable of record fields up to 33 T at 4 K. In his research at UCSB, he is developing a method to measure the thermal conductivity in van-der-Waals heterostructures like (bilayer) graphene. This is of particular interest as the thermal Hall effect is a smoking gun experiment for detecting Majorana quasiparticles which can be utilized for topological quantum computing.