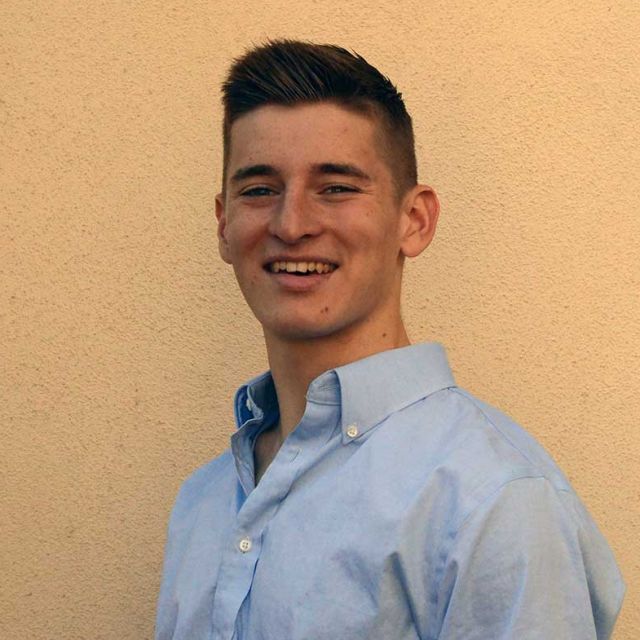 Michael is a second-year Ph.D. student in the Department of Electrical and Computer Engineering at UCSB and works under Professor Galan Moody. He earned a Bachelors of Science in electrical engineering and a minor in physics during his undergraduate program at the University of Washington Seattle. A transfer student, Michael started college early during his junior year in high school through the Running Start program in Washington State. Michael explored several engineering disciplines while in high school and at community college, which gave him the perspective to pursue photonics as a career because of its interdisciplinary nature between physical science and engineering. At the University of Washington, Michael worked under Professor Arka Majumdar on fiber-integrated metasurfaces, and he participated in an NSF Research for Undergraduates program through the University of Arizona College of Optical Sciences, which further increased his passion for optics and photonics. Outside of the lab, Michael spends his time enjoying the beautiful Santa Barbara weather and races triathlons with the UCSB Triathlon Club.

In the Moody group, Michael is collaborating with Professor Ania Jayich and Professor John Bowers on hybrid electro-optomechanical transduction mediated through a surface acoustic wave (SAW) cavity. This SAW approach can entangle optical and microwave photons with much stronger coupling--up to two orders of magnitude--than the current state-of-the-art, and the work is strongly aligned the Foundry's interests in Thrust 3 in building coherent quantum interfaces. Michael is leading the design and fabrication of a joint acoustic and optical cavity, which will be engineered to facilitate strong optomechanical coupling with several quantum emitters and material platforms. For this work, InAs self-assembled quantum dots in GaAs and diamond color centers in diamond will both be researched and integrated with microwave qubits, notably superconducting LC resonators similar to Google's transmon qubit system. The full electro-optomechanical transducer may enable disruptive advancements in distributed entanglement for quantum networks and testbeds.